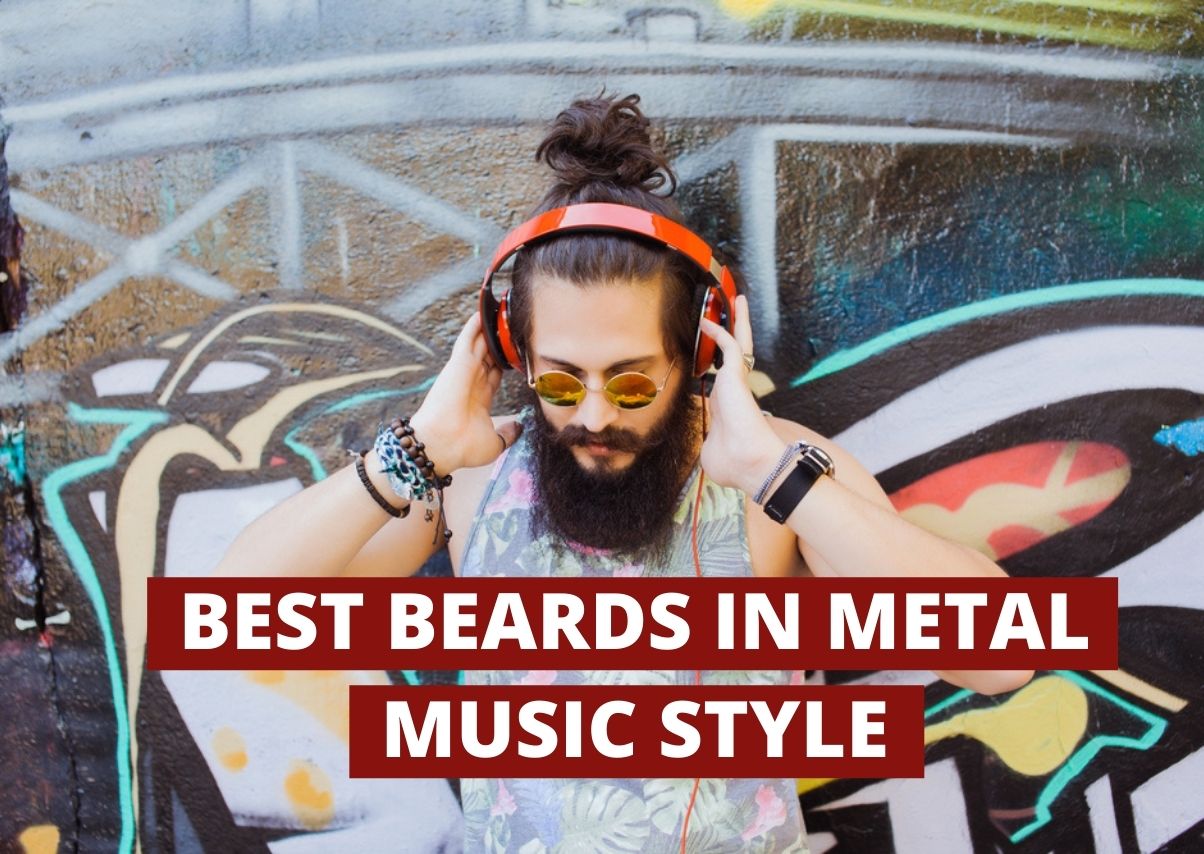 Beards have been the hallmark of rock and heavy metal music throughout history. Introduced by the Beatles in the sixties, beards and rock music go hand in hand, and the ferocity of the music is considered to be directly proportional to the shagginess of the protagonist.

From neatly trimmed goatee to full-fledged wizard beards, there have been many different kinds of beards in metal throughout rock history. Here are 10 of the best beards in metal worn by famous rockstars.

There’s no other beard that derives a number one spot in the best beards in metal music, then Billy Gibbon’s. The American rock musician, guitarist, and vocalist of band ZZ Top, but has gained more recognition around the world for his trademark chest-length flowy beard.

The golden ginger-ish grey beard covers most of his face and reaches all the way down to his belly button. According to him his beard is his lucky charm and brings him good luck. Anyone who’s loves heavy facial hair will get beard envy from Gibbon’s beard.

The slayer guitarist has perhaps one of the most iconic beards in heavy metal music. King is famous for its intricately maintained varied phased of metal beards. From the super heavy Latino stubble in the 90s, through a Satanic goatee to his current beard that looks like a cross between a black rider and the dwarf,

King has taken the beards in rock and metal to the next. His beard is thick and brownish-red in color growing down to the middle of his chest. King’s beard is the perfect example of an ultimate rock aesthetic.

The Swedish musician and actor is one of the greatest and most creative artists of all time. In addition to his singing, he’s also creative with his physical appearance and effortlessly pulls off one of the best beards in metal that’s synonymous with rock music.

Johan has been cultivating one of the big beards in metal. His magnificent is only made him look but also opened doors for him landing him on the role of Viking warrior in the famous movie “Northman: The Viking Saga”.

The rhythm guitarist has one of the most formidable beards in heavy metal. Scott has been cultivating beard for a few decades. Starting with an embryonic tuft of chin-pubes in the late 80s, he currently has a thick king tut goatee which has changed color several times from mousy to fire engine red to purple and current distinguished grizzle.

His beard starts from the bottom of the chin jutting down to the top of his chest, while the rest of his head is clean shaved giving him a unique and bold look.

Legendary record producer and co-founder of Def Jam recordings have what is best described as epic. Rick Robin has one of the most celebrated big beards in metal music, similar to Hagrid from Harry potter. He flaunts a grey bushy wizard beard that perfectly compliments his long grey wavy hair creating one of the best beards in metal look and classic rock aesthetic.

The former Ozzy Osburne guitarist has one of the best beards in rock and metal music. Overshadowing the Jake Lee in the band, Wylde was the epitome of the leather-clad poodle hair and a giant haystack of beard that you could lose a cat in.

His beard has darker brown color and flows down to the middle of his chest, perfectly blending in with his long blonde hair. He completes the heavy metal look with a bandana and denim jacket and black leather arm cuffs.

Ian Fraser Kilmister, better known as Lemmy has one of the most epic beards in heavy metal, unlike any entries on this list. The English musician is the founder, lead singer, and bassist of the rock band Motorhead.

Lemmy is known for his appearance including his signature mutton chops, military-influenced fashion sense, and stash burns, he’s been rocking for 40 years, except for his cleanshaven phase in the late 90s. Lemme’s beard is not bushy but easily the most unique and stylish along with his large skin tag.

His long brown beard is often divided into two different strands giving him a distinctive and hardcore look while lending a visual flair to his band. To be honest, on most people, this beard would look shabby, but Adler makes it look like one of the best beards in metal music.

Jerry Garcia’s beard is hands down one of the most epic beards in metal on the list. The American guitarist, singer, and songwriter has a thick beard that pretty much covers his whole face like a brown shrub making it a defining part of his appearance.

What makes it even more iconic is Garcia’s unruly messy hair. He has been stuck with his beards for more than 3 decades that people almost forgot how he looks without a beard.

The last person we want to mention in our list of best beards in metal music is none other than the ex-bassists for “Queens of the Stone Age”, Nick Oliveri. Known for his aggressive behavior, crazy tattoos, and playing on the stage naked, Oliveri is also a proud owner of one of the best beards in rock and metal.

His messy and not-so-thick beard goes down to his upper chest. His clean-shaven head and a fine goatee beard have become his signature look and honestly, no one can pull it off better than Nick. When this is combined with his outstanding bass playing skills, partial nudity, and extraordinary scream, Nick Oliveri is and drives his fans crazy.