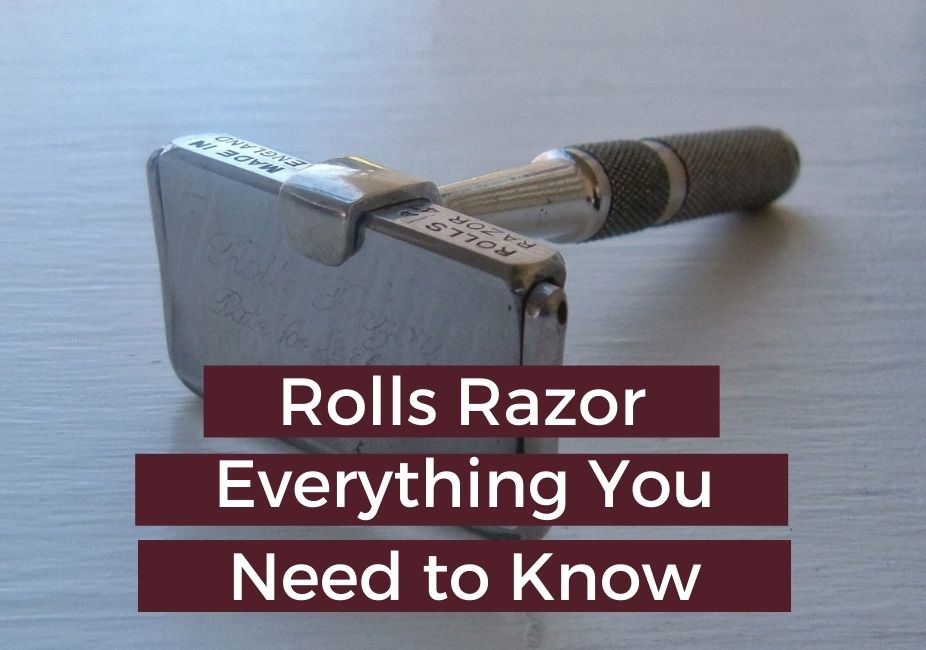 Rolls Razor is a useful shaving tool. The tool was established in the 1920s. It was manufactured by the Rolls company. The company started manufacturing safety razors and washing machines. Rolls company designed an innovative shaver that was an upgraded version of the traditional wedge blade. The razor survived for three decades and competed against the cheaper and more efficient shaving Gillette razors.

What is rolls Razors?

The company launched a useful shaving razor product. The safety razor was packed in a case that was rigid and had a rectangular frame.

It was enclosed by two detachable lids. One lid of the safety razor carried a stone. The other part of the lid was made with leather.

The razor of the lid cannot be interchanged. The pinions on the surface of the roll’s razors are engaged with racks.

The case is rotated on the shaft and allows the user to push the blade. You can also drag the shaft to move to shaver around.

It was easy to use. The shaver was safe and the users could quickly shave off their hair with the razor. The Sharpening with the razor was too noisy.

The user had to change the direction of the blade to slap against the stone or leather. The blade was small and was the size of a conventional disposable blade. It was solid but not disposable.

The company marketed the razor as a birthday present for a young man. The sales of the shaver declined due to the introduction of electric shavers in the market.

The earliest models of the shaver were designed with a pebble-finish metal case. The silver-plated Imperial was packaged in a hard leatherette storage box.

During World War II, the case of shaver was made with aluminum. Older razors did not have a Greek key pattern designed on the case.

A gold-plated case was designed before 1930. It was very rare but the two main shape variations of the shaver were “standard”. It had a flat boxy shape and had rounded corners.

How old is roll razors?

The Rolls “The Whetter” trademark =got registered in the U.S. in 1950. The first use of this trademark was in the year1916.

The company used the method of attaching the blade to the handle. It was introduced in1925 and was issued in 1930.

The name “Rolls Razor (1927) Ltd gained popularity and was advertised with this name.

The razor was manufactured and sold in the 1950s. Several models of the shaver have been made to date.

The gold-plated models of the shaver have been the rarest. Older razors are not designed with a Greek key pattern.

The nickel-plated Imperial No. 2 gained a lot of popularity. Most razors come with a serial number.

It was designed with a metal case. The stropping mechanism was operated on the handle.

The first model of the Rolls razor was launched in 1916. It was designed with a metal case and had push buttons.

He is given the credit as the creator of the Rolls razor. The other three models were launched in 1922.

In 1951 Rolls started advertising the VICEROY Electric Dry shaver. The promotional strategy of the electric shaver stated that if you have “no electricity … ask for the VICEROY non-electric mechanical dry shaver … Press the lever and shave!”

The mechanical version could be operated by repeatedly squeezing the lever attached to the handle. The Rolls razor was successful even though it had a British competitor.

How to use a rolls razor?

The rolls razor was easy to use but people who were used to shaving with their old razors faced a little problem to learning the usage of the razor.

Once they became accustomed to using the rolls razors then the users had no problems using them. The users enjoyed better shaves than ever. Here are some simple steps to use the rolls razor.

The rolls razor trademark is embossed on the shaver. The first step is to remove the hone head.

Take the hone lid off by taking out the paper packaging. There is a button present at the nearest end. You will have to press the button to remove the lid from the surface.

The shaving handle is situated in the middle of the shaver. You have to press the operating handle to spring the handle out.

Move the operating handle till the blade is detached from the razor. Hold the handle and the case firmly with one hand.

Slide shaving handle on the blade

Make sure to not wrench the shaver on the sideways because it might not allow you to slide the shaving handle on the blade easily.

The blade edge should slide away easily so that you can start shaving off your hair.

Remove the shaving soap with warm water. Dip the razor into the warm water before you start shaving your hair on the face. Hold the razor lightly and don’t press the shaver too tightly.

After you are done shaving then dip the shaving blade into warm water again. Tap the water inside the holes and dry the shaver thoroughly.

The blade must be replaced with the right spindle. Press the razor and give it a turn on the quarter side. Bring it in the line of the spindle to remove the blade from the spindle.

Strop the blade thoroughly so that there is no moisture left inside the blade.

This could damage the blade and can make it difficult for you to shave your hair the next time.

The shaver will become slippery and that could disturb the process of hair removal.

Collapse the shaving handle by pressing it tightly at the end of the shaver.

After using the shaver daily, you can insert the shaver inside the case to preserve it safely.

Resetting blade on the hone

If you want to sharpen the blade, then you can always reset the blade on the hone.

Honing will be required only after 6-8 months of use. If you have a stiff beard, then it might need honing every other week.

Hold the razor and move the operating handle on the side. Move backward and give it strokes but at least 60 seconds.

The rolls razors are fragile so you will have to use them carefully. Make sure to check that the hone and strop are OK.

Also, check the enlargement of the blade’s edge. You must check the blades of the razor because they are not always in great shape.

The ones with pitted and jagged blades are the best. It is also important to see the clearest pictures of the razor if you are buying them online.

The common ones are offered in two varieties, the standard model and the Viscount.

The Viscount is streamlined and lighter and is made with aluminum, instead of steel. You can also find gold and silver-plated ones.

Always check that the strop and hone are in a good condition. Also, check the brassing or discoloring on the set.

If there is a lot of wear on the blade and it had been honed improperly. The instructions on the box must be clear if you are buying for collection purposes.

Some sets come with an extra blade so make sure to buy that one. The internals of the case must be clean and the mechanism should work fine.

Rolls Razors are commonly found and you can find them at many antique malls. It is an effective tool to remove your beard safely. The razors give you a nice and clean shave. If you like to collect antique stuff, then the Rolls razors will be a great addition to your collection.